NEW STORY: What You Should Know About Enbridge's Safety Claims

NMEAC has joined with over 20 environmental organizations in the state to call for a shut down of the Enbridge Line 5 oil pipelines at the Straits of Mackinac. This year we have participated in numerous rallies, film events, handed out yard signs and stickers, and worked to raise public awareness of this issue. The coalition has elevated the risks posed by the 64-year old Line 5 pipelines to a top-tier statewide issue. Over 68 governmental units including the City of Traverse City and Grand Traverse County, 15 tribal governments, and 11 Faith Communities have signed resolutions calling for the shut down of Line 5. Visit Oil & Water Don't Mix for complete information

Line 5 is a 30” diameter, 645-mile pipeline that carries oil and gas from Superior, Wisconsin to Sarnia, Ontario, crossing northern Michigan before splitting into two 20-inch diameter parallel pipelines that cross on the lake floor of the 4.6-mile long Straits of Mackinac just west of the Mackinac Bridge. In 1953, the state of Michigan granted a right-of-way to the Canadian oil-transport company Enbridge. Today, nearly 23 million gallons of oil flow through the aging pipelines daily. Much of the oil flowing through this system comes from western Canada and takes a shortcut through Michigan and under the Straits of Mackinac before crossing under the St Clair River to return to Canada for refining.

Only 3- 5% of the oil that is transported under the straits stays in Michigan. Propane is delivered to residents in the Upper Peninsula and a small amount of the oil is taken to a Detroit Marathon refinery. Enbridge reports that in 2016, it paid about $55 million in Michigan property taxes and about $8 million in salaries to 103 employees in Michigan. However, our state is taking almost all the risks of this pipeline with very little of the benefits. A University of Michigan study predicted that a spill or rupture could churn oil across more than 700 miles of shoreline. The author of that study, David Schwab, reported, "If you were to pick the worst possible place for an oil spill in the Great Lakes, this would be it.” The water flowing through the Straits is 10 times the volume that moves through the Niagara Falls, and that unpredictable currents and weather, including ice cover, could render winter oil containment all but impossible. An oil spill in the Straits of Mackinac would have devastating consequences for drinking water, tourism, agriculture, fish, birds, and the economy. “It would be an unparalleled disaster for the Great Lakes," says the National Wildlife Federation. We agree.

Enbridge cannot be trusted. Since 1988, Enbridge has had 15 documented failures on Line 5. In 2011, the Pipeline Hazardous Materials Safety Administration (PHMSA) reports that Line 5 had at least 2,400 known defects and that Enbridge had inspected less than 12 percent of them. Under the straits, the pipelines have lacked supports for possibly decades at a time and now there are now visible anti-corrosion coating defects.

On July 25th, 2010, Enbridge had the largest and most costly inland oil spill in U.S. history, saturating around 40 miles of the Kalamazoo River watershed. This rupture was caused by a 6-foot break in their pipeline called Line 6B. That rupture went undetected and unreported for nearly 17 hours because Enbridge misinterpreted alarms. Ten days before this rupture, Enbridge testified before Congress that they could detect a leak “almost instantaneously.”

It is time to transition to clean, renewable energy. The way to eliminate the need for Line 5 is to reduce the amount of fossil fuels we burn. Solar, wind, and efficiency are fuel-free. Needing less oil and gas will not only eliminate our need for Line 5, but also save ratepayers money, create jobs, give us cleaner air and water, protect our Great Lakes, reduce illness, and save lives.
Many Fortune 500 companies have vowed to run on 100% clean renewable energy. The tax base will boom far more from forward-thinking companies coming here than from collecting taxes from pipeline owners. Young people want clean air and water and employment opportunities. If we want to keep them here and attract others to our beautiful area, we need to become leaders in the energy revolution. Now is the time to shut down Line 5 and show the world that Michigan is clean, resilient, and open for sustainable business. 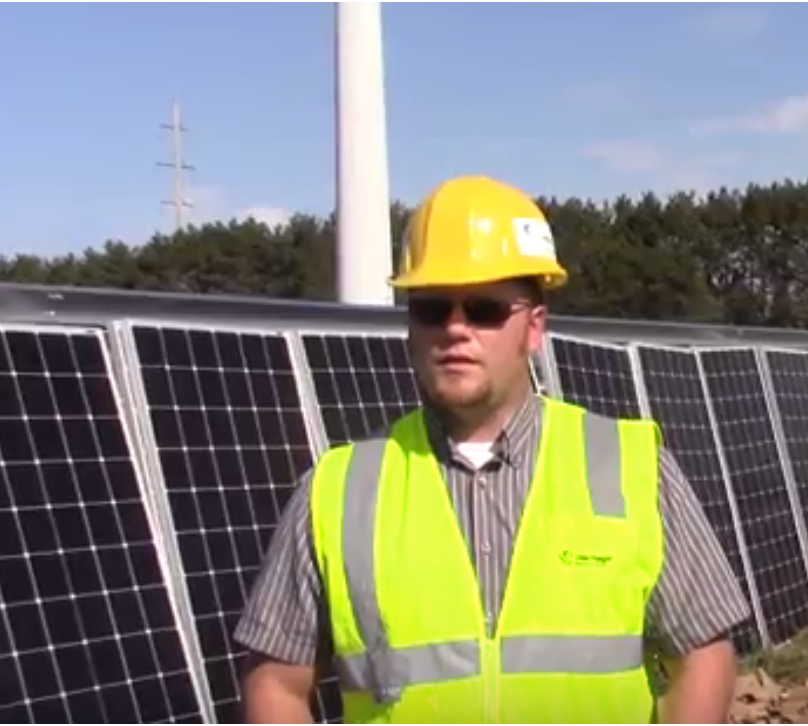